Zuma online is a tile matching video game. You can play zuma game for free on many website including this one. In addition, there is an enhanced version which is called Zuma deluxe. You can play that version here as well. Zuma online has received the game of the year award in 2004. There is another sequel and it’s called zuma revenge. However, we are going to talk about these 2 later in this article. This game is available for many platforms in which are included the Mac OS X, iPod, Windows, Windows mobile, Android and much more. Play zuma online right here, right now. Check this game: Bejeweled Blitz • Play Bejeweled Online

The main task in the game is to eliminate all of the balls rolling around the screen. On the screen there is a given path which is visible in all the levels except for the last one. You need to remove the balls with other balls before they reach the yellow skull structure. The person, who plays, can carry 2 balls at a time and switch at any time. Keep in mind that as soon as one ball reaches the skull, the rest of the balls will follow and you will lose a life. In zuma online there are bonuses for collection coins, causing explosions and chains for having a streak of always casing an explosion. That’s in short for the gameplay of the game but you probably know how to play it. Go ahead and enjoy zuma online now. 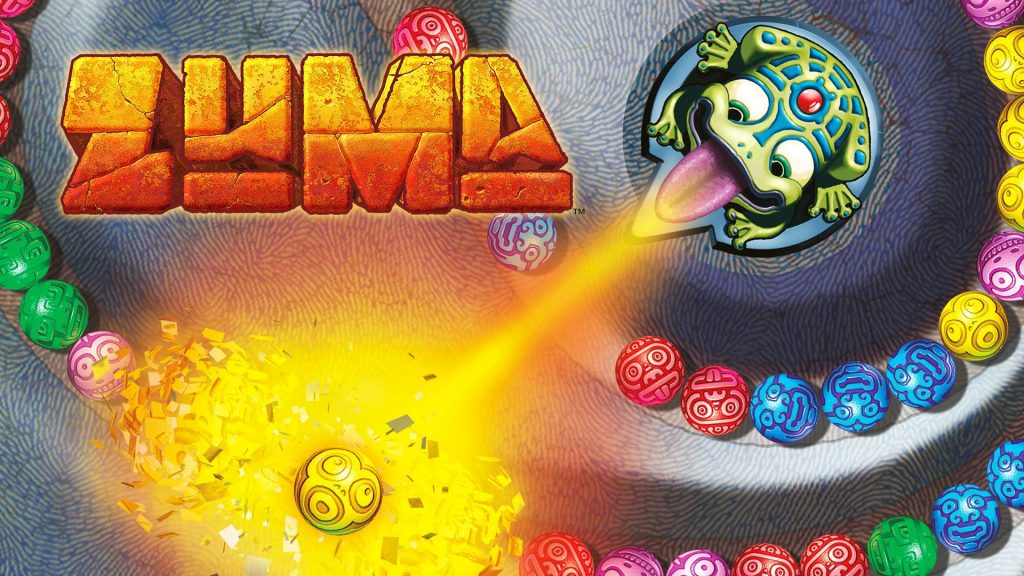 We’ve mentioned a bit earlier that we are going to talk a little about this version of zuma online. Well, Zuma Revenge game is another tile matching puzzle game that’s created by the same developers of the original zuma game. It was officially released on September 15, 2009 and it’s a sequel to the earlier zuma online. The main objective is the same as in the earlier version. There are some differences between the games such as: The players are allowed to play stage one of the temples and when you get a game over you have to start again at the last checkpoint. Check also: Snake • Play Snake Game Online

In addition, Zuma Revenge introduces 3 types of completely new levels. Some of the new levels feature 2 lily pads that the frog can jump between, while others set the frog on a horizontal track and enable it to slide rather than rotating to aim.