Sudoku online is a logic-based, number-placement puzzle game. Number puzzles such as Sudoku game appeared in newspapers in the late 19th century. French newspapers featured variations of the puzzles and the puzzle has appeared since 1979 in puzzle books carrying the name number place. The modern Sudoku game started to become mainstream in 1986 in Japan, under the name Sudoku, which means single number. At first it was in the newspapers then in puzzle books, and now you’ve guessed it, Sudoku online. Sudoku puzzle is one of the most famous number-placement games even on this very day.

The main task in the game is to fill a 9×9 grid so that each column, each row and each of the nine 3×3 subgrids that compose the boxes has all of the numbers from 1 to 9. Thanks to the technology, now you can play Sudoku anytime you desire. The programmers developed an algorithm of randomly generating numbers when you play Sudoku. The advantage of playing Sudoku online is that you can choose your difficulty level. If you are beginner you can start your Sudoku easy. What does that mean? That means that your grid will be filled more with numbers than usual. However, if you like more challenges you can always choose Sudoku medium and of course Sudoku hard level. Worth trying: Risk Online • Play Risk Board Game

Playing a Sudoku game can have different grid size. Let’s talk a little about this and help you learn other Sudoku puzzle than the usual 9×9.

As the name tells you, it’s a 6×6 variant with 3×2 regions. First it was appeared in the American newspapers; however, today you have it everywhere. The task still stays the same as the standard Sudoku online, but this puzzle uses the numbers from 1 to 6.

Alphabetical variations have emerged and they are often called Wordoku. There is no functional difference in the Sudoku puzzle unless the letters spell something.

This type of Sudoku puzzle uses the standard 9×9 grid with 3×3 regions, but defines 4 extra interior 3×3 regions in which the numbers 1 to 9 must appear exactly once. It was invented in October 2005 by Peter Ritmeester. Check this game: Ping Pong Online • Play Ping Pong Games

However, enough of that you’ve probably come to this site to play Sudoku online. Enjoy free Sudoku games as much as you want. I solved thousands of Sudoku puzzle games in the newspapers. However, when the game went online I was so happy. I can choose my difficulty and start playing right away. In this Sudoku online game, you also have option to choose a blank Sudoku game. You’ll be given a blank grid where you will fill the boxes with your own numbers. This free Sudoku puzzles let players enjoy in many ways. Start your Sudoku game online free play right here. 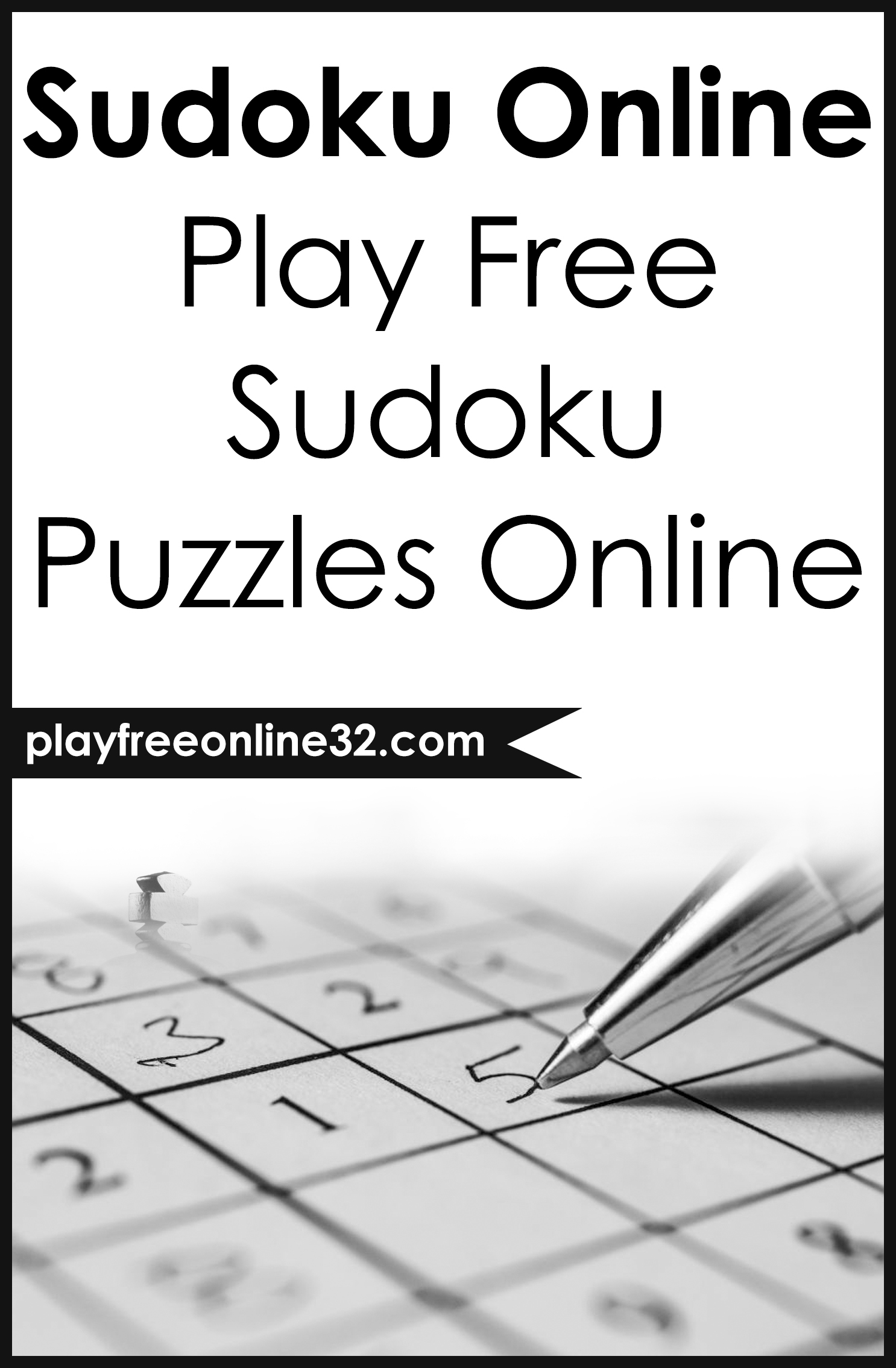