The free bridge online is a 4 player partnership trick taking game with 13 tricks per deal. Each of the players receives 13 cards from a standard 52 card deck. A trick begins when a player leads, plays the first card. Each of the players, in a clockwise order, plays one card. The player who is next must play a card of the same suit. In some cases where some player doesn’t have the same suit, he/she may play any card. Check: Chess Online • Play Free Chess

The person who played the highest-ranked card wins the trick. Within the suit, the ace is ranked highest. In this site, while playing bridge online you will have support from the game. Those tips will appear as long as you don’t hit “don’t show”. So we are going to stop about the gameplay since you will have help from the computer to help you pick up the bridge card game faster. 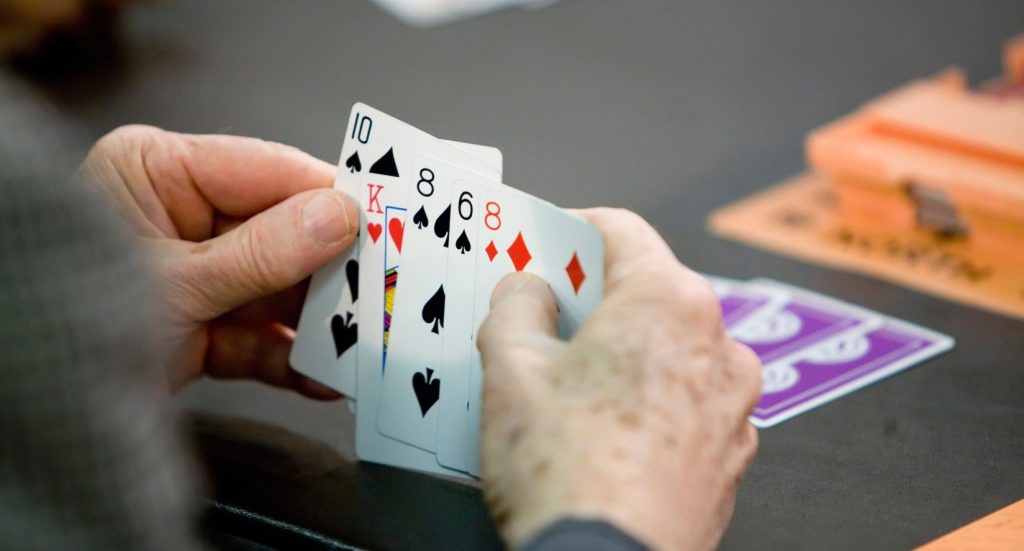 The online bridge game is another member of the family of trick-taking games. It is a great and popular game that millions of fans enjoy playing. The main idea of this game has its first origins in Italy and France. In addition, the game is initially more than 400 years old. In 1925 Harold Vanderbilt reviewed the scoring system in a truly ingenious way to give us the Bridge game we play today. Play also: Tic Tac Toe / XO Game

Well, enough of history and gamplay of Bridge online. In this site you can enjoy a free bridge whenever you want. Play bridge online for free against the computer or against other players. You can use this as a practice for your next match with your friends. Go enjoy free bridge card games online free whenever you please.